READY TO GET WICKED? 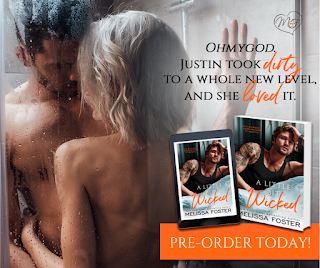 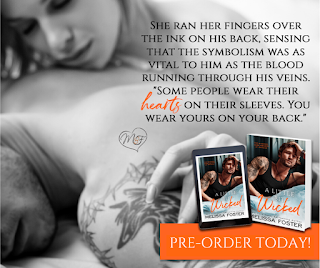 When the Dark Knights at Bayside and the cast of Bayside Summers collide, sparks fly, and trouble—or maybe love—is not far behind.

What do a cocky biker and a businesswoman who has sworn off dating bad boys have in common? According to Chloe Mallery, not much.

Justin came into the Wicked family after a harsh upbringing by a thieving father. He’s gone through a lot to become a true Wicked, and he’s made them proud. Now he’s ready to show the woman he loves exactly what type of man he is. But Chloe has worked hard to move past her difficult upbringing, and she’s wary of getting involved with a man who looks like he’s walked right out of it. When tragedy strikes, will their trying pasts draw them together, or will Justin’s protective nature be too much for Chloe’s independent heart to accept? 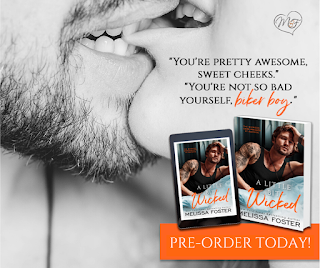 Posted by CrystalBee at 9:17 AM