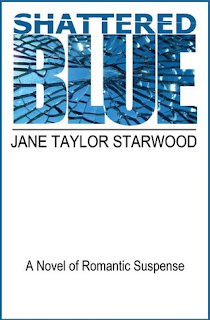 
Shane MacKinnon used to be somebody else. Hounded by scandal and haunted by a shameful secret, wealthy, privileged Shannon Malone fled Manhattan and took on a new identity. Five years later, she’s finally met a man who loves her in spite of her troubled past. He’s leading her into a world of sensual pleasure she never imagined. Now a menacing whisper on the phone threatens to shatter her new life. Someone thinks she has the missing millions from a massive investment scam. Someone who also has a far more sinister reason to come after her. Shane thought the monster who tormented her childhood was dead. She was wrong. And now that he’s found her again, he’ll stop at nothing to finish his sadistic game.

My Thoughts:
For whatever reason, I seem to have hit a brickwall when it comes to reading. I want to read, but it takes a great effort for me to actually settle down and read. When I do read, it will take atleast a chapter for me to really get into a book. Which makes me sad because I have really enjoyed all of the books I've read so far in 2013. That changed with Shattered Blue. It managed to grab (and hold on to) my attention from the first page and I finished it two days later. Loved it!

Shattered Blue had a great balance between the romance and suspence aspects of the storyline. Shane and Matt have a love at first sight kind of romance. Well, I take that back. It was lust at first sight for Matt, but annoyance at first sight for Shane. I love Shane and the fact that she gave Matt so much trouble at the beginning of their romance. She did not like the fact that he was building a house near her and she let him know it. Matt didn't relentless in his pursuit for Shane. He pushed back until she gave in to her true feelings. She pushed him away and he followed. Matt is my new ideal book boyfriend. *swoon* The man is perfect. He cooked for her. He cleaned for her. Hell, he rubbed her feet. Why does he not have a brother?? Although it is an "insta-love," the romance develops over the majority of the book. They don't just jump into bed on chapter two. The author does a fantastic build-up towards that night and it is a big moment in Shane's life. You can tell that she begins to heal from her traumatic childhood from that point on.

The other side of the book is an erie story of one sick dude. Seriously, Jordan gave me the heebee jeebees. The build-up towards the climax of the story was slow and steady. I felt the ending could have used an extra page or two to expand on the "final battle" just because I wanted Jordan to feel a bit more pain. Other than that, nothing in the story was rushed. It started off by Shane getting subtle clues that she's being watched (trampled grass, items being moved, etc) and leads to one hell of a showdown between her and her lovely ex-stepbrother. The way he says "sister" . . . *shudders*. Points for Shane for kicking ass. Both Shane and Matt fight Jordan together and they take turns protecting each other. Although I thought he should have felt a bit more pain, Jordan got what he deserved.

I loved everything about this book. The characters, both main characters and secondary characters, were well written. The story had a lot of light hearted moments (especially with Deputy Ralph and his mom). The story also had extremely dark moments. I would want more from Shane and Matt, but I really think they deserve a happy ending after everything they went through.

This is my first book by the author, but it definitely won't be the last.
Posted by CrystalBee at 8:50 PM