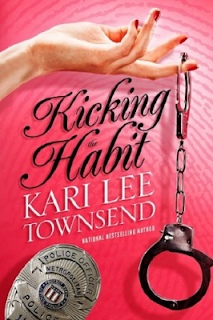 Episode 1 (4/30/2013): When Sister Mary Cecelia decides not to take her final vows, she accidentally overhears a confession. Adhering to: what happens in the confessional stays in the confessional, she refuses to disclose the details, leaving former Army Ranger Detective Alistair Jackson no choice but to nun-sit or risk making Sister Mary Stubborn the killer's next victim.

Episode 2 (5/7/2013): Ace is having a hard time staying focused now that Cece Monroe has kicked her habit, and Cece can't stop thinking about how much the detective looks like the man from her dreams, but she didn't leave the church to find love. She left to help the citizens of New Hope but when she moves into her new counseling clinic, things take a dangerous turn.

Episode 3 (5/14/2013): Cece is torn - she feels guilty about the senator's death and wants to help the police, but she promised him his confession would be safe with her, leaving her no choice but to investigate the leads she's discovered. Meanwhile Ace has his hands full trying to keep Sister Mary Sleuth from getting herself killed, and her crazy granny and troubled sister aren't helping matters any.


* * * * * * * *
I had a really difficult time getting into the first episode of this book. I can't put my finger on why, but I have an inkling. It felt like the first episode was too rushed. There wasn't a moment to relax and get to know Cece before she's thrown into the flames. Not to mention that she is all over the place in the first episode. Pretty sure it was those two things that gave me a hard time when I started reading the book.
Once I started the second and third episodes, things seem to fall into place and I was enjoying the book. We are finally able to see the real Cece. She's still all over the place, but I have a feeling that her being a nun for several years is the reason behind her actions. Its like she's free to be herself and she doesn't want to waste a moment. I'm really enjoying the craziness that is her life.
Fun storyline. Interesting characters. I'm looking forward to reading the next episode.
Posted by CrystalBee at 1:53 PM