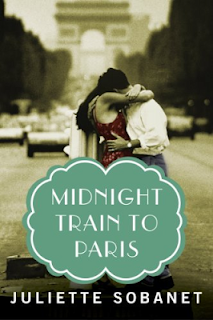 Episode 1 (4/30/2013): Hard-hitting DC reporter Jillian Chambord is about to break the biggest story of her career. But when former CIA agent Samuel Kelly—the one man Jillian has sworn off forever—storms back into her life with news of her sister’s mysterious disappearance in the Alps, Jillian’s career and her entire world are turned upside down.

Episode 2 (5/7/2013): In their search for Isla, Jillian and Samuel arrive at the picturesque Morel Château in Évian-les-Bains, France, where they learn that appearances are not all that they seem. And when Jillian launches her own investigation, she makes a shocking discovery that threatens to bring her and Isla’s hidden past to the surface.

Episode 3 (5/14/2013): A harrowing car chase leads Jillian to the same train station in Lausanne, Switzerland where Isla boarded the midnight Orient Express only two nights ago. But when a mysterious old woman appears with an urgent message and a box of love letters dated from the 1930s, Jillian learns that her family’s ties to Isla’s disappearance run far deeper than she ever could’ve imagined.

* * * * * * * *
Since I am three episodes late, I obviously had three episodes to read. Let me tell you, the waiting sucks! I was a little nervous going into this book because of the waiting. There is a reason why I can only read one book at a time - if I'm really enjoying a book, I hate leaving it. And I really enjoyed the first episodes of this book and now I have to leave it until next Tuesday. *pouts* This is going to test my patience, I just know it. Until then, the book is well written. I am in love with the scenery! I can just picture the gorgeous mansion hidden away in the France mountainside. *swoon* Not to mention the fact that I love the cover!
"Got a secret? Can you keep it? Well this one you can..." Whoops! Sorry about that. It does seem that everyone in the book has a secret. Everyone from Jillian to Samuel to a train conductor (where did that ring really come from, I wonder). I wouldn't be surprised if Jillian's boss in D.C. has a secret she's keeping from everyone. I love the characters. Well, I hated Jillian's boss at the beginning, but she won me over with her email. Jillian is a tough woman that takes no prisoner. They scene between her and Isla's fiancé - You. Go. Girl! The chemistry between her and Samuel will ignite at some point. I just think all of the characters play well off each other. Each character has an important purpose in the story and I appreciate that.
The beginning of the book had a lot going on. There is political mischief, dark family secrets, a little action, and a mysterious train. I've got my theories on who abducted Isla and the two other women. Not being able to continue the book tonight will torture me, but I think I can wait until Tuesday without going stark raving mad.
...just barely. :)
* * * * * * * *
If you are reading Midnight Train to Paris along with me, what did you think? ﻿