Review for CHOOSING YOU by Allie Everhart + Giveaway "Hold on. Why do you keep trying to get me to do stuff? Coming to my room last night. Finding me at the track. Making me go to lunch. Are you stalking me or something?" - Jade

When Jade is given a scholarship to an elite private college in Connecticut, she sees it as a chance to finally escape her painful past and get a fresh start. She’s determined to succeed and that means keeping her focus on school and not guys. But her plan falls apart her first day on campus when Garret, a rich prep school boy with swimmer abs and a perfect smile, offers to help her move in.

Jade tries to push him away, but she can’t deny her attraction to him and Garret won’t let her. Things quickly heat up between them, but then come to a sudden halt when reality hits and Jade realizes that a relationship with Garret may never be possible. He comes from a world of wealth where there are rules, including rules about who he can date. And not following those rules has consequences.

As the two of them try to overcome the obstacles working to keep them apart, Jade is confronted with another challenge. On her 19th birthday, she receives a letter that her now deceased mother wrote years ago. In it are revelations that explain her traumatic childhood but also make her question the past she’s been running from.

To be completely honest, I had such a difficult time getting started with Choosing You. I don't know if it was the book itself or if I just didn't want to read a new adult book at that moment, but I would stop and start this book a couple times before I decided to set it aside to try again later. I picked it up again a couple nights ago and I couldn't put it down. I started it Monday evening and finished it early the following morning. Once it finally clicked, I thoroughly enjoyed the book.

Choosing You is the story of Jade, an 18 year old college freshman. Jade has had a rough life. She doesn't know her father and her mother was an abusive alcoholic. Jade never knew why her mother hated her, but she spent her entire life trying to not make the same mistakes her mother made. She is so focused on school, Jade refuses to let guys and drinking deter her from succeeding. Jade's plans for school falls apart the moment she meets Garret. He's perfect... A swimmer with a perfect body, he is also adorably sweet and ignores Jade's wishes to be left alone. The second Garret breaks through Jade's defenses, things start to crumble around them. Between Garret's father and the mysterious letter from Jade's mother, Jade doesn't know how to cope with the revelations, but she does know that she won't stop until she gets the answers she wants.

There were several elements from Choosing You that I loved and one element that intrigued me. I loved Jade and Garret. I was a little hesitant towards Jade at the beginning, but once I really got to know her, I was firmly planted in her corner. The poor woman has been through so much in her short life and it effects her in more ways than I could even imagine. For example, she doesn't want people around her to drink and if they do, she can't be with them. You had to remember that she's seen the darkest side of drinking and she's afraid of being with people drinking for two reasons. She's afraid that she won't be able to refuse a drink and she's also afraid of people harming her like her mother did. Garret sees how badly she's wounded and he refuses to let her wallow in her room and not live her life. He's determined to get to know Jade better and force her to let him in. He is incredibly generous of his time and his possessions. The two of them together hold each other up. They help each other get through their darkest moments and they begin to thrive together. I loved watching them grow as individuals and as friends throughout the book and begin to take their relationship to the next level.

The one element of Choosing You that intrigued me the most was Jade's mother. From the opening chapter, I had a feeling that someone or something from her past comes up and pushes Jades to do something she swore she would never do. Pushed to this limit, Jade has no idea what to do. This event turns out to be a letter from her mother. I won't reveal the contents of the letter, but holy crap, I did not see that coming. However, it did explain a lot of things and set up the rest of the series. I'm curious to see how this plays out and how Jade and Garret deal with the forces that are trying to pull them apart.

I am so glad I did not give up on Choosing You. Once I was able to click with the book, I was hooked and enjoyed the time I spent in Allie's world. I'm looking forward to see how she develops the relationship between Jade and Garret and find out if Jade gets the truth about her mother. 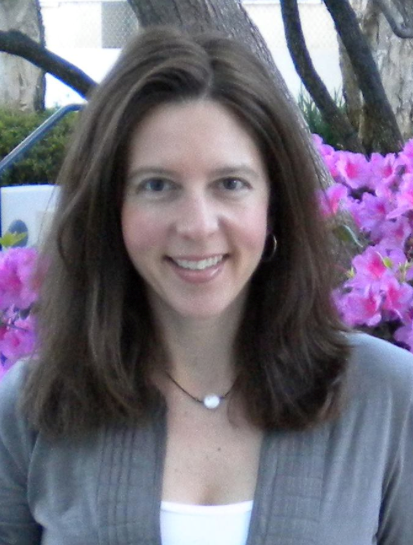 Allie Everhart writes about dating, love, and romance. She’s also a freelance writer for magazines and websites. Before freelancing, she was a book editor for a publishing company where she worked on several NYT bestselling nonfiction books. She loves to read as much as she loves to write. And when she’s not reading or writing, she’s outside running, which is when she gets her best book ideas.
Author Links
https://twitter.com/AuthorAllie
http://stephaniekarpinske.com/
https://www.facebook.com/AuthorAllieEverhart
https://www.goodreads.com/author/show/7244325.Allie_Everhart

Allie Everhart is giving away a $15.00 Amazon gift card. If the Rafflecopter widget doesn't appear, please click on the link to be taken to the giveaway.

To visit the other blogs on this tour, click on the above banner.
Posted by CrystalBee at 2:30 AM