Review of THE COWBOY AND THE ANGEL (Rodeo #2) by T.J. Kline 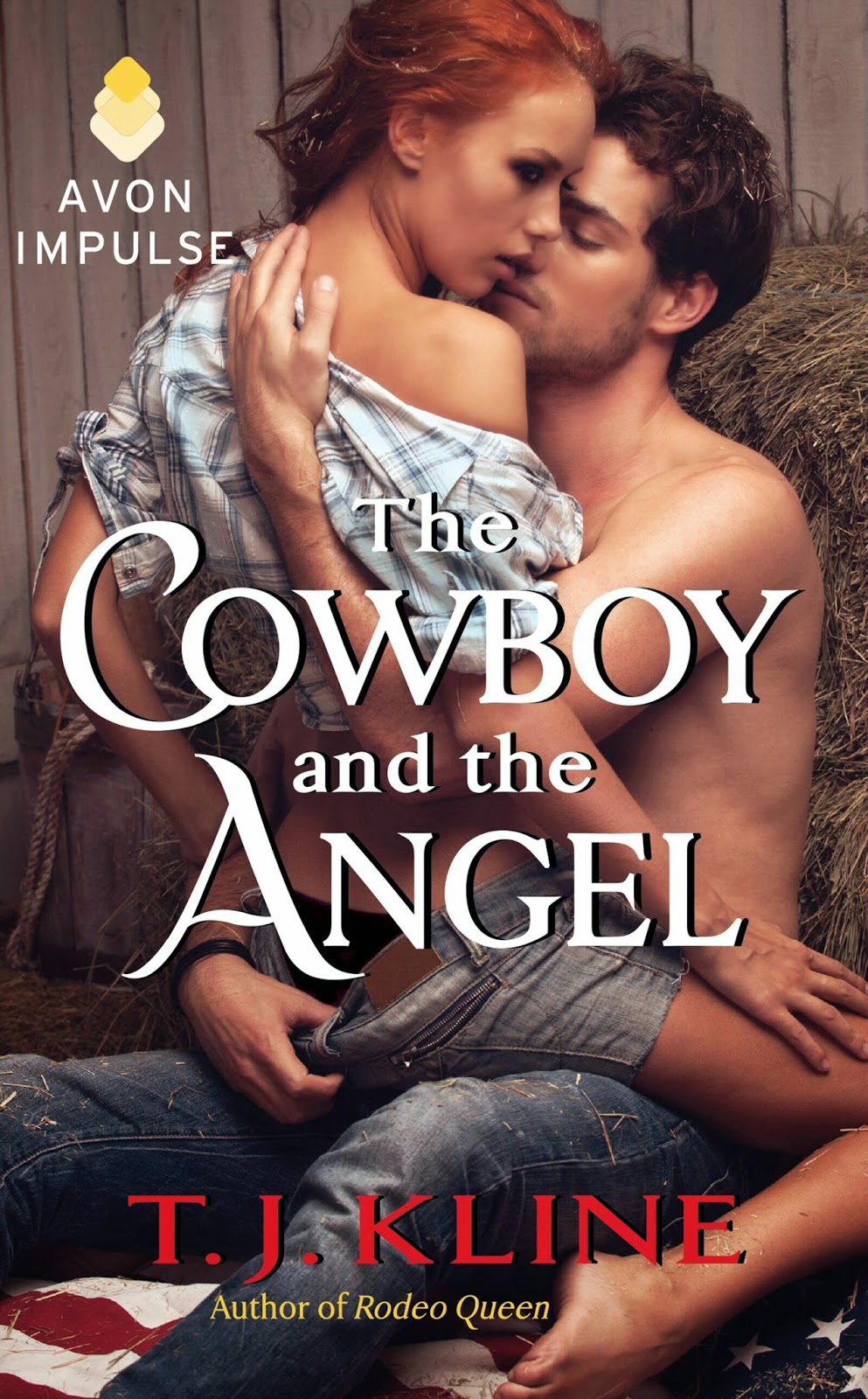 "Why can't I seem to stay away from you?" - Derek Chandler

From our NaNoWriMo author T. J. Kline comes the stunning follow up to RODEO QUEEN. When a sexy cowboy falls for a not-so-angelic reporter, secrets and sparks abound.

Reporter Angela McCallister needs the scoop of her career in order to save her father from his bad decisions that have depleted their savings. When the chance to spend a week at the Findley Brothers ranch arises, she sees a chance to get a behind-the-scenes scoop on rodeo. That certainly doesn’t include kissing the devastatingly handsome and charming cowboy, Derek Chandler, who insists on calling her angel.

Derek has a rodeo to run and a chip on his shoulder. He has no time for the fiery woman who is clearly hiding something. But for some reason he can’t keep his hands off of her. Their connection is instant and explosive but Angela’s secrets could threaten his family and Derek needs to prove that he’s not the irresponsible kid brother anymore.

When the rodeo dust has settled, will the Cowboy and his Angel allow themselves to give in to the attraction that threatens to consume them both?

Angela McCallister has spent most of her life taking care of other people. Since her mother's death, Angie has had to bail her alcoholic father out of jail time and time again. At work, she sits back and watches those around her move on to bigger and better things while she's stuck. When an anonymous phone call gives her a brilliant lead, Angie hopes that this is her big break. Her chance at moving on and hopefully getting the help her father needs. Derek Chandler is a former screw up. He's working hard to mend relationships with those he holds close to his heart. When Angie saunters into his life, Derek is thrown for a loop. Neither Angie nor Derek can let the other stop them from their responsibilities, but as time passes and they grow closer, both realize that maybe this is something more. As a horrible accident rocks Derek and a heartbreaking truth is revealed to Angela, they are forced to look at their relationship on a deeper level.

I devoured The Cowboy and the Angel and I finished it in just a couple hours. I loved Angela and Derek. Angela has such a generous and big heart, one that was broken with the death of her mother and without the love of her alcoholic father. She's had to take care of him since she was a child. No one should have to go through that. She never once had someone to take care of her. Although Derek and his siblings lost their parents at a young age, they still grew up in a loving household. Even now, after a screw up that nearly cost the life of his sister-in-law, his family is still willing to forgive him. The moment Angela and Derek met, it was clear that they needed each other. Angela needed Derek and his family to show her that love she missed since her mother's death. Derek needed Angela so he could prove to himself and those around him that he is capable of being the man would make everyone proud. I loved watching Angela and Derek get to know each other. I loved the banter and chemistry that flowed between them. They were adorable!

The Cowboy and the Angel was my first T.J. Kline book and I know for certain that it will not be my last. I love her writing style and how easily the book flowed. I loved the romance between Derek and Angela. I adored the friendship between Angela and Derek's family. Her characters are instantly lovable. The Cowboy and the Angel was a quick and fun book to read. I loved everything about this book and I will be picking up the first book in Kline's Rodeo series very soon.

T. J. Kline was raised competing in rodeos and Rodeo Queen competitions since the age of 14 and has thorough knowledge of the sport as well as the culture involved. She has written several articles about rodeo for small periodicals, as well as a more recent how-to article for RevWriter, and has published a nonfiction health book and two inspirational fiction titles under the name Tina Klinesmith. She is also an avid reader and book reviewer for both Tyndale and Multnomah. In her spare time, she can be found laughing hysterically with her husband, children, and their menagerie of pets in Northern California.