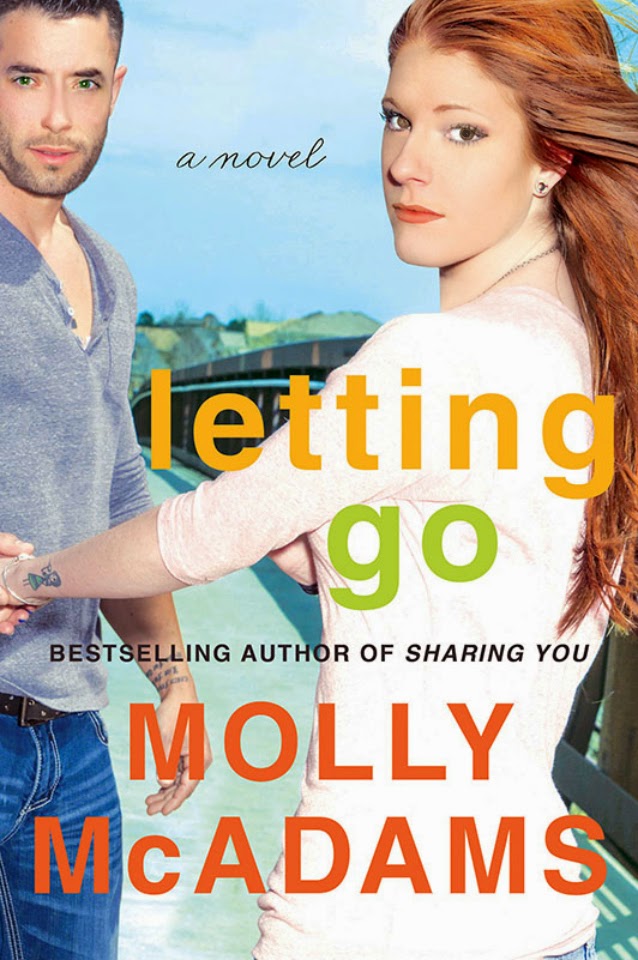 Grey and Ben fell in love at thirteen and believed they’d be together forever. But three days before their wedding, the twenty-year-old groom-to-be suddenly died from an unknown heart condition, destroying his would-be-bride’s world. If it hadn’t been for their best friend, Jagger, Grey never would have made it through those last two years to graduation. He’s the only one who understands her pain, the only one who knows what it’s like to force yourself to keep moving when your dreams are shattered. Jagger swears he’ll always be there for her, but no one has ever been able to hold on to him. He’s not the kind of guy to settle down.

It’s true that no one has ever been able to keep Jagger—because he’s only ever belonged to Grey. While everyone else worries over Grey’s fragility, he’s the only one who sees her strength. Yet as much as he wants Grey, he knows her heart will always be with Ben. Still they can’t deny the heat that is growing between them—a passion that soon becomes too hot to handle. But admitting their feelings for each other means they’ve got to face the past. Is being together what Ben would have wanted . . . or a betrayal of his memory that will eventually destroy them both?

I dressed in a fog and sat down on the side of my bed when I was done. Grabbing the hard top of the graduation cap, I looked down at it in my hands until the tears filling my eyes made it impossible to see anything other than blurred shapes. I knew I had to leave, but at that moment I didn’t care.

Falling to my side, I grabbed the necklace that hadn’t left my neck once in the last couple years, and pulled it out from under my shirt until I was gripping the wedding band I’d bought for Ben. The one he should be wearing, but I hadn’t been able to part with—almost like I’d needed to keep some part of him with me.

The last year had been easier to get through than the one before it. I hadn’t needed my friends constantly trying to get me to do my schoolwork. I hadn’t needed Janie pulling me out of bed every morning, forcing me to shower and dress for the day. I’d even taken off my engagement ring and put it away a few months ago. But exactly two years ago today, I’d been showing off the place where I was going to marry Ben. Completely oblivious to anything bad in the world. And Ben had died.

At twenty years old, his heart had failed and he’d died before he’d even dropped to the ground on the golf course. He’d always seemed so active and healthy; nothing had ever picked up on the rare heart condition that had taken him too early. Doctors said it wasn’t something they could test for. I didn’t believe them then, and even though I’d read news articles of similar deaths in young people, I wasn’t sure if I did now. All I knew was that he was gone.

Heavy footsteps echoed through the hall of my apartment seconds before Jagger was standing in the doorway of my bedroom, a somber look on his face.

“How did I know you wouldn’t have made it out of here?” One corner of his mouth twitched up before falling again.

“I can’t do it,” I choked out, and tightened my hold on the ring. “How am I supposed to celebrate anything on a day that brought so much pain?”

Jagger took in a deep breath through his nose before releasing it and pushing away from the doorframe. Taking the few steps over to the bed, he sat down by my feet and stared straight ahead as silence filled the room.

“I honestly don’t know, Grey,” he finally said with a small shrug. “The only way I made it to my car and your apartment was because I knew Ben wanted this, and would still want it for us.”

“He was supposed to be here,” I mumbled.

“Our two-year anniversary would have been in a few days.”

There was a long pause before Jagger breathed, “I know.”

I stopped myself before I could go on. Nothing I would say right now would help either of us, not when all I wanted to do was curl up in a ball on the bed that was supposed to be our bed, and give into the grief. I had to remember that today wasn’t hard for only me. I hadn’t been the only one to lose him. Ben and Jagger had grown up together; they’d been best friends since they were six. And two years ago they’d been in the middle of a conversation when Jagger had looked over at Ben because he hadn’t answered, and watched as he fell.

The bed shifted as he leaned forward to rest his forearms on his legs, turning his head so he could look at me. “Do what?”

“Keep moving on. I thought this year was easier, I thought I was doing better until this last week. And then today…” I drifted off, letting the words hang in the air for a few seconds before saying, “It’s like no time has passed. It’s like I’m right back where I was when you picked me up and took me to the hospital. I feel like my world has ended all over again. There are still some days where I don’t want to get out of bed, but not like this.”

“There isn’t an answer to that. Even if there were, it would be different for you, for me, for anyone else who’d ever been in this situation. I get up and keep going because I know I have something to live for, and I know it’s what he would want. I can’t think about how I’ll deal with the next day, I just take each day as it comes. There will always be hard days, Grey, always. We just need to take them with the good days, and keep living.”

“I feel like it’s cruel to his memory to move on,” I admitted softly a few minutes later.

“No one ever said we had to move on, we just need to keep moving.”

I met his gaze and held it as he stood up and turned, holding a hand out to me.

“You ready to move?” he asked, and the meaning in his question was clear.

Molly McAdams grew up in California but now lives in the oh-so-amazing state of Texas with her husband and furry daughter. Her hobbies include hiking, snowboarding, traveling and long walks on the beach, which roughly translates to being a homebody with her hubby and dishing out movie quotes. When she's not at work, she can be found hiding out in her bedroom surrounded by her laptop, cell, Kindle and fighting over the TV remote. She has a weakness for crude-humored movies, fried pickles and loves curling up in a fluffy comforter during a thunderstorm...or under one in a bathtub if there are tornados. That way she can pretend they aren't really happening.