A visit with Lace Daltyn, author of The Secrets series 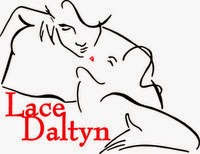 Please join me in welcoming author Lace Daltyn today. Lace is here to chat about her first ever series, The Secrets, and about her experience writing it.

Thank you for having me here, Crystal. I love the happy and relaxed feel of your blog. I also love that you went straight for the romance stories when you started reading. I took a more circuitous route, starting with fantasies like The Hobbit and Lord of the Rings and branching out from there. It didn’t take me long to find Kathleen Woodiwiss, though, and that’s when I became hooked on romance.

The Secrets series, which I’m here today to chat about, is all about those happily ever after endings, and the struggles we must all go through to reach them. While I’d love to chat about secrets, I’m not sure that’s the right thing to do. I think we all have them. And I’m not planning to disclose mine anytime soon, even though they aren’t that dark and life-changing. So I won’t be asking for anyone’s secrets today, either, although I’d imagine things would get interesting if I did. 

I thought instead that I’d chat about what it took to write a series with an over-arcing story. To be honest, I was petrified of the idea at first. But once Drea’s back story came to me, she kept tapping away at my heart until I had to let her out. So I wrote the first book, Masquerade. The prologue and epilogue deal with Drea’s storyline and that carries through the entire series of five books. But each novella has a story that comes to completion...a story about the people Drea helps to find the happy ending she doesn’t believe is possible for herself. There are six different stories in this series. A reunion story, a virginal story, a cougar story, a story about bad choices, and finally, the conclusion to Drea’s story.

Having not done a series before, I chose to write the entire series before submitting the first story to my publisher. I had to be certain it all worked and that the main character, Drea, would be happy with it. (All characters speak to their authors, right? Did I just divulge a secret about myself?) So it took several months of writing, with no books released during that time, for me to know that this was the story I wanted to tell.

It made for an intense writing year and I think the next series I do, I’ll do more story-mapping beforehand so I can submit as I go. I also highly recommend story bibles for continuity. Having notes to refer to on a regular basis saved my bacon a few times when I tried to note something that had been completely different in a prior story.

I am curious about whether folks prefer series or stand-alone books. Or maybe a mixture? I love series, because it gives me a chance to revisit beloved characters as we move through the series and I already know the parameters of the world created by the author. How about you?

Frigid bitch. The words seep into Beth Ritmour's soul, no matter how hard she tries to deny them. A year after her divorce, they still haunt her. So when a mysterious benefactor offers a solution to her problem, Beth takes a vacation from her job as a dental hygienist and follows a cryptic note to Chicago, where she’s soon ensconced as a waitress at Club Masquerade. Although how she’s going to prove she’s not frigid is hard to figure out when the boss makes it very clear that sex, or any precursors to sex, with patrons or employees is strictly taboo. It’s not an easy rule to follow, especially when one deliciously hot bartender keeps very, very close tabs on her.

Jenna Wilton is afraid of getting lost. On the brink of moving from a life under the controlling thumb of her mother, to the arms of her husband, she’s afraid she will never have the chance to know herself. When a mysterious note bids her to leave in the middle of her wedding shower, she slips out the back door and into a world where the choices are hers to make.

Laid off from her job and evicted from her apartment, life couldn’t get much worse for Melinda Atkins. Dylan Maguire invites her to stay with him, but the strings attached are more than Mel is ready to take on. After all, she’s ten years older than him. And more years than that separate her and the models he photographs. He will lose interest.

Dylan Maguire has tried everything else to convince the woman he loves that he’s forever material, that their age difference doesn’t matter. He’s out of options. Afraid he’s on the cusp of losing it all, Dylan submits a request for help.

Settled in her new career as a teacher, letters threatening to divulge Kate Storm’s past and ruin her future force her to ask for help in an unconventional way. Enter Cole Madison, a retired-Ranger-turned-protector, with the scar on his back validating that women are nothing but trouble. Until he sees Kate.

All the pain, anguish, and terror of Drea’s life coalesce in this fifth and final segment of the Secrets saga. Michael Smith is determined to show Drea Fortier there is life after bad. And she’s had some powerful bad in her life. As he and Drea fight to keep that past from killing her, the Dom in him tries to show Drea that submission can be good. Healing. Loving.

After years of searching, Lace settled down with a man whose first words to her were "Save me a dance." That's all it took. Four little words and she was a goner. Twenty years later, she still remembers that first kiss, standing beside his yellow Ford Mustang cool car. (Yes, it was yellow. "Hey," Lace says. "It was cool at the time.") And it still is in her mind and in her heart. That kiss and the future love it represented is the reason she enjoys stories filled with romance and emotion.