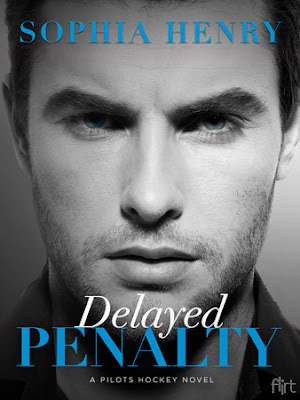 "What can I say? I've always had a thing for Russians." - Auden Berezin

She closed her heart long ago. He just wants to open her mind. For fans of Toni Aleo and Sawyer Bennett, the debut of Sophia Henry’s red-hot Detroit Pilots series introduces a hockey team full of complicated men who fight for love.

Auden Berezin is used to losing people: her father, her mother, her first love. Now, just when she believes those childhood wounds are finally healing, she loses something else: the soccer scholarship that was her ticket to college. Scrambling to earn tuition money, she’s relieved to find a gig translating for a Russian minor-league hockey player—until she realizes that he’s the same dangerously sexy jerk who propositioned her at the bar the night before.

Equal parts muscle and scar tissue, Aleksandr Varenkov knows about trauma. Maybe that’s what draws him to Auden. He also lost his family too young, and he channeled the pain into his passions: first hockey, then vodka and women. But all that seems to just melt away the instant he kisses Auden and feels a jolt of desire as sudden and surprising as a hard check on the ice.

After everything she’s been through, Auden can’t bring herself to trust any man, let alone a hot-headed puck jockey with a bad reputation. Aleksandr just hopes she’ll give him a chance—long enough to prove he’s finally met the one who makes him want to change.

Confession time... If you've seen my about me page, then you'll have figured out that I am a big hockey fan. What I don't say on that page was that my favorite hockey player was Russian. His accent... Swoon! In fact, when I met him in early 2000, he said something in Russian to a fellow player and I just about melted. So when Delayed Penalty came up on Netgalley, it immediately snatched my attention for two reasons... The first was, of course, hockey romance! The second reason? The hockey hero is Russian. Cue all my fangirl moments because this book was pretty much my fantasy for many years. The book itself left me a little conflicted, so once again, I'll be using bullet points.
As I read Delayed Penalty, I quite enjoyed it. Sure, there were things that I would have changed, but there were so many aspects that I loved. It grabbed my attention from the moment I saw it (that cover) and held me captive while I read it. I loved the fact that Sophia went outside of the box (or rink, if you will) with a Russian hockey hero. Thank you for that! Fantastic debut book for Sophia and I am excited to see how she develops the rest of her Pilots series. 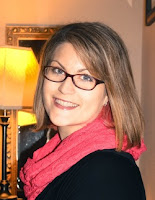 Sophia Henry, a proud Detroit native, fell in love with reading, writing, and hockey all before she became a teenager. She did not, however, fall in love with snow. So after graduating with an English degree from Central Michigan University, she moved to North Carolina, where she spends her time writing books featuring hockey-playing heroes, chasing her two high-energy sons, watching her beloved Detroit Red Wings, and rocking out at concerts with her husband.