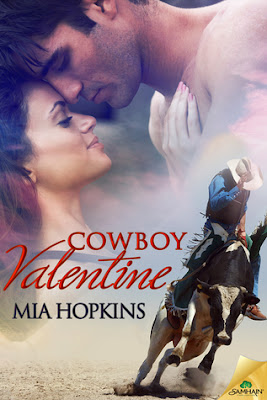 "What do you say?Do you want to be my girlfriend?" - Caleb MacKinnon

Forget chocolate and flowers. This homegrown honey is all the sweetness he craves.

Small-town life is nothing but a waiting room for eighteen-year-old honor student Corazón Gomez. Work and school leave little time for love, but with a full-ride Ivy League scholarship and a one-way ticket out of the boondocks, who needs it?

The answer appears on Valentine’s Day when her old cowboy crush ambles into the ice cream parlor where she works, inviting her to go on a late-night ride in his truck. For the first time she wavers between staying on the straight and narrow, and going off-road with the handsome heartbreaker.

After four years working on ranches all over the country, Caleb MacKinnon is back on the family farm helping out his mom and brothers while his father fights cancer. The one bright spot: smart, funny, and wickedly sexy Cora.

From the start, they both know this blazing-hot love affair can’t last. But when autumn comes and Cora has to leave for the East Coast, Caleb must find a solution to keep himself—and his heart—from falling apart.

Warning: Contains hard, cherry-poppin’ sex in a pickup truck and a cowboy charmer who talks dirty in two languages.

Cowboy Valentine was an scrumptious little treat filled with sizzling chemistry, hot sex, and just enough sweetness to leave me wanting more. After reading two of Mia's works (this novella and her short story in the Cowboy Heat anthology), she is quickly becoming a new favorite of mine. Cowboy Valentine was fabulous. I loved that despite the short length of the novella, both Cora and Caleb were well developed. There is a strong sense of where they came from and what their future could be. The quick pacing and time jumps gives the reader glimpses into the different stages in their relationship. There's the beginning when their attraction is so strong that neither one has control. Then, of course, as the novella progresses, we get to watch them move into a relationship that neither one was expecting. And those sex scenes... Holy hotness, Mia!

I had the pleasure of meeting Mia back in April. Now that I've fallen under her spell with Cowboy Valentine and her short story in the Cowboy Heat anthology, I am looking forward to reading a full length book. Hopefully that'll come soon...

When he shut off the engine and killed the lights, the only sounds were crickets and the ding of cooling metal. The only light came from stars and the sliver of moon hanging high in the sky.

“Pass me a beer.” He took off his seat belt.

She popped one open for him. “Can I smoke in your truck?”

She lit up. When her eyes adjusted to the dark, she could make out the valley below them, spread out like a black blanket, with the faint outlines of fields and orchards. Downtown Oleander was a little sprinkling of orange lights in the darkness.

Insides shaking, she unbuckled her seat belt and tucked herself under his right arm. He smelled clean and sharp, like leather and Ivory soap. His body was hard and lean and broad; his forearm hanging over her shoulder made her feel tiny.

Without saying anything, he tipped his head forward and stole a drag from her cigarette. His lips touched her fingers. He exhaled out the open window, then took a long drink of beer.

“Feels like we could be the only people in the whole damn world right now, don’t it?” He took off his hat and placed it on the bench seat beside her. “Are you nervous?”

Her voice hitched in her throat. “Nervous about what?”

She smiled, then stubbed out the cigarette in the metal ashtray. “A little bit. Mostly I just want to get out of here.”

“I felt that way too,” he said. “But being back is not so bad. Helps to see the place in a different light.” With a featherlight touch, he stroked her cheek and the side of her neck. The pad of his finger was calloused. “You were always so smart, though. I doubt you’ll be coming back. Am I right?”

“I don’t know.” She felt bold enough to rest her left hand on his thigh, which was rock-hard beneath the worn denim of his jeans. “I don’t know a lot of things.”

“What else don’t you know?” he asked. She could sense him smiling like a wolf in the dark. 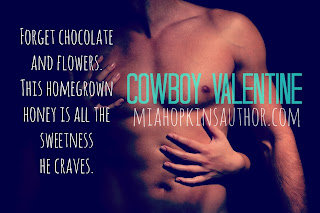 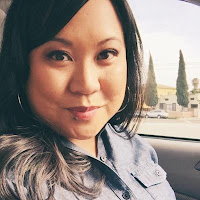 When she’s not lost in a story, Mia spends her time cooking, gardening, traveling, volunteering and looking for her keys. In a past life, she was a classroom teacher and still has a pretty good "teacher voice" and "teacher stare." She lives in the heart of Los Angeles with her roguish husband and two waggish dogs. 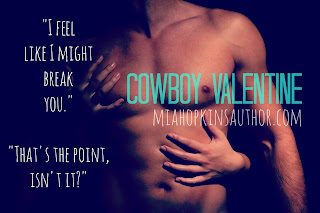