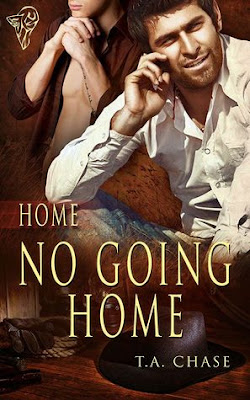 Six years ago, a hoof to the head ended Leslie Hardin's showjumping career and his relationship with the man he loved. Broken, hurt and rejected, Les has focused his energies on rebuilding his life.

Les' accident has shown him that the most valuable treasures are usually found under an imperfect surface, and his reputation for taking in strays starts to grow. But it's one of these strays in particular, injured rodeo cowboy Randy Hersch, who captures more than just his compassion.

Between his disapproving father and his chosen career path, Randy has always felt the need to deny his passion. When Les takes him under his wing, Randy begins to realize that he is truly strong enough to admit his true self—to himself and to the rest of the world. But in the arms of a broken man, can he find acceptance…and love?

Reader Advisory: This book is best read in sequence as part of a series. 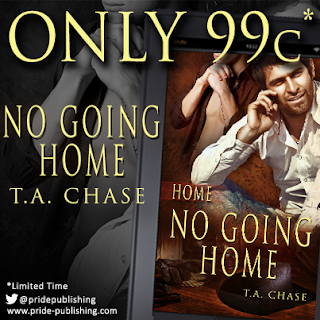 Les Hardin was an inch or two taller than Randy was. His hair was cut short enough to be covered by the cowboy hat. The tanned skin attested to hours in the sun. Les’ thin lips pulled up in a smile as Tammy greeted him, but Randy got a look at the man’s eyes when he tilted his hat back. Dark brown, and filled with a sorrow so deep Randy was sure he’d drown in it. Here was a man who has lost everything important to him, Randy thought.

Randy’s dick hardened and he groaned. He didn’t want to lust after this man. He didn’t want to get involved with anyone near the ranch. Avoiding any possibility of that made his life more peaceful when he did come back. At least, it was one less reason for his father to hassle him.

Those brown eyes turned his way and he realised Tammy was waving for him to come over. Reluctance dogged his steps. Why did he get the feeling this man would change his life?

"Les, this is my older brother Randy," Tammy introduced them.

Les’ voice was a deep honey drawl. Randy’s skin tingled where the man’s eyes studied the cuts on his face.

Blinking, Randy realised Les was talking to him. "Yeah, made eight. Then the pickup rider screwed up. Dropped my ass right in front of the bitch and she stomped the shit out of me." He held out his hand. "You must be Les Hardin. Heard you bought Old Jake’s place."

He fought back the shiver threatening to race down his spine when Les’ rough, calloused hand closed around his and shook.

"Yes, I did. It was bigger than I was looking for, but it was available when I needed it."

Something flickered in those sad eyes, but it was gone before he could make it out.

From an injured rodeo rider to an addicted rodeo clown. From the world's hottest country singer to two men who had fallen in love as boys before drifting apart, the Home series takes these lovers all over the country and around the world, all to discover home truly is where their hearts love.

Click on the covers below to read more.
These titles will also be on sale for a limit time via Pride Publishing.

There is beauty in every kind of love, so why not live a life without boundaries? Experiencing everything the world offers fascinates TA and writing about the things that make each of us unique is how she shares those insights. When not writing, TA's watching movies, reading and living life to the fullest.