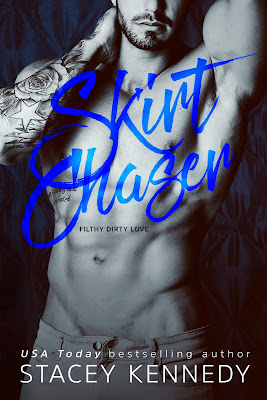 Greyson Crawford works hard by day and plays even harder at night. And he understands and obeys the rules of the game. One, don’t mix business and pleasure. Two, employees are off-limits. So, he’s been eagerly counting down the days until interior designer, Evie Richards is no longer under contract with his Seattle architecture firm. But when that day comes, he realizes there are more obstacles in his way. The biggest…Evie herself.

Until Evie gets asked to be the maid-of-honor in her best friend’s destination wedding, and Evie needs a date. The circumstances are perfect for Greyson to set his plan of seduction into motion. He will happily play the boyfriend for the weeklong wedding event, if Evie will surrender to his every command and play in his bed.

For Evie, it’s all fun and games until Greyson’s first touch; then she begins to question what’s real. She knows better than to fall for a guy like Greyson—a skirt chasing ladies’ man—but with every slow caress and kinky adventure, she realizes that Greyson knows what he wants, and it isn’t just her body surrendering to him…it’s her heart.

Downtown Seattle, in a high-rise that offered views of Elliott Bay, the Space Needle, and the Seattle Great Wheel, Greyson Crawford held back a groan. Sitting behind his grand desk in his corner office, he watched as Evie Richards bent down, picking up the piece of paper that had fallen to the ground. The heat to his groin was swift and unbearable, and he bit the inside of his cheek, fighting against the brutal hardening of his cock. He couldn’t quite put a finger on what was so spectacular. Maybe her long, flowing, blond hair? Her curvaceous, hourglass figure? Her piercing, light green eyes? Whatever it was, she was pure temptation dressed in a proper, professional, black dress that he wanted to rip the fuck off her.

No matter how he looked at it, the past days working alongside her had been a horrendous torture. He’d slowly been counting down this day to come. The day that Evie’s contract with his company, Crawford Architecture, was done. Soon, she’d move on, ready to wow some other big company in Seattle that needed her on-point interior design expertise.

Today was the day that he could officially seduce her into his bed.

As she rose, righting her skirt to its proper, knee-length place, he wanted nothing more than to yank that skirt over her hips and redden that round ass a little. Through the glass wall separating his office from the main area with its large cubicles for his engineering and design staff, he watched her move to the temporary desk she’d been given, and reach for her cell phone by her keyboard.

For one month now, he’d endeavored to keep their relationship professional. Grey knew the rules. One, don’t mix business and pleasure. Two, keep his hands off his employees. Throughout her contract, he’d teased her with a little light flirtation to let his interest be known. He’d never crossed the line, though. Soon, he would. But until she left his office today, officially ending her contract, he had to wait. Patiently. Like a lion ready to take its prey.

Right then, she placed her phone back on the desk, tears filling her eyes. Even from where he sat, he could see the tremble in her hands. There was a stillness about her that raised his mental alarms, as her eyes were frozen on the screen.

Grey began to rise from his seat, as Janet, his longtime assistant, suddenly approached Evie’s desk. His eyes were only on Evie, and when she spotted Janet, tears flooded her face, her mouth moving with words that Grey couldn’t hear.

Janet reached out, placing a comforting hand on Evie’s shoulder.

His back straightened like a steel rod, and he was striding to his door and out of the office before his next breath. He didn’t get there in time, and before he could reach her cubicle, Evie suddenly ran into the hallway and past him, her makeup trailing black lines down her face.

Determined to get answers, he moved toward her desk, finding Janet staring down at Evie’s cell phone. “What was that all about?” he asked.

“Oh,” Janet said in her high-pitched voice, her short, blond bob hiding her round face as she picked up Evie’s phone. “I guess her best friend is engaged to her ex-boyfriend, and this weekend they’re having a destination wedding.” She spun the phone around, showing Grey the screen, displaying a photo of a blond woman wearing nothing but a bright red string bikini. Next to her, a brown-haired guy rested an arm possessively around the woman’s shoulders. Can’t wait for you to get here! was written in bold red letters at the bottom of the photo. “Evie is the maid of honor.”

Janet handed him the phone, and as he gazed upon the woman, he said, “Let me get this straight. Evie is the maid of honor in her best friend’s wedding who is marrying Evie’s ex-boyfriend?”

Janet gave a tight smile and nodded. “Now you understand why she’s upset. I think the reality of it all maybe just hit her.”

“I suppose that explains the tears,” Grey surmised.

Janet nodded, a scowl marring her usually sweet face. “Poor girl, if these are the people she has in her life.”

Grey stared down at the photo before the screen went black, confused. Evie didn’t seem the type to allow anyone to make her feel small. Christ, her confidence was one of the things he found so damn titillating. “Leave this with me,” he told Janet, holding up the phone. “I’ll see that she gets it back.”

“Oh, I’m sure you will,” Janet said, pointing a long, red-painted fingernail at him. “Don’t you dare make her more upset. She is a very sweet girl. She’s not like your usuals.”

“I’m well aware,” Grey retorted, shoving his hand into his pocket, not at all insulted. Janet, as well as Grey’s closest friend, Maddox Hunt, a cop with the Seattle Police Department, might be the only two people who knew him enough to know that statement was warranted.

Sometime back in college, with a reputation that followed him into his thirty-fifth year now, he’d been called a skirt-chasing ladies’ man. He had lived up to that name, and he didn’t make apologies for it either. He liked women, usually only once, but sometimes more than one at a time. Sure, he’d done the relationship thing before, but women tended to get a) clingy and b) boring.

She tempted him in ways no one had. And it wasn’t just the game of playing hard to get. There was something different about this woman…something that made him count down the days until she stopped working for him.

“All right, as long as we’ve got that clear,” Janet said, giving a tender smile, patting Grey’s arm. “Be gentle with this one.”

USA Today bestselling author Stacey Kennedy has written more than 30 romances, including titles in her wildly hot Club Sin, Dirty Little Secrets, and Filthy Dirty Love series. Her books are about real people with real-life problems, searching for that special thing we call love…in a very sexy way. When she’s not burning up the pages and setting e-readers ablaze, she’s living her happily ever after with her husband and two young children in southwestern Ontario. She’s a firm believer that wine, chocolate, and sinfully sexy books can cure all of life’s problems. To keep in touch with Stacey, get updates right to your inbox at staceykennedy.com/newsletter/. 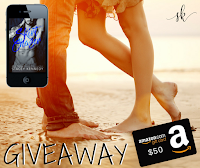