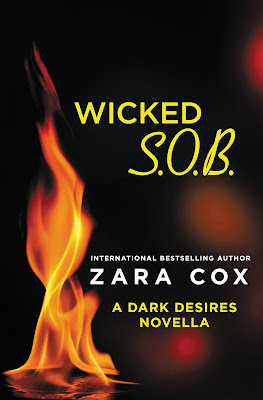 For so long, I lived for revenge. Now I live for her.

Ask anyone and they'll tell you that Quinn Blackwood is not someone you mess with. I see. I want. I take. And you better not get in my way. That's how I built my billion-dollar empire. That's how I made my enemies pay. That's how I won the one good, pure thing in my life, Elyse "Lucky" Gilbert. But after what I've done, my luck may have run out.

There is a fine line between love and obsession.

I'm not a fool. I didn't think coming back to Quinn would be easy. That we would fall into a happy future and the darkness inside him would just disappear. Still, after everything we've been through, I couldn't leave him to fight his demons alone. I've tried to convince myself nothing else matters as long as we're together. But if I give him what he needs, will there be anything left of me?

From the living room window, I stare eastward and take in one of the many spectacular views from Quinn’s penthouse ninety-two floors up. I love watching New York City come to life in the mornings. Love watching the light on the Chrysler Building’s spire blend into the rising sun’s rays. Love the warmth of first morning light on my face. And having just come through my first, fierce NYC winter, I crave the sun with almost rabid zeal. It must be the native Californian in me.

New York City is fast becoming the center of my world, though. It’s where the love of my life, the reason for my existence, lives after all. I don’t doubt that Quinn’s presence in the city is what makes it extra special for me.

But it’s also become clear that while he lives in the most dynamic city in the world, this isn’t his home. He doesn’t have a home. I don’t have a home either.

Between Quinn and me, we’ve lost sight of what a true home means. I’ve tried to convince myself nothing else matters as long as we’re together. My heart clenches in fear at the thought of losing what we have. In a world of unlikely possibilities, Quinn and I ending up together was one in a million.

I didn’t fool myself into thinking the path to our future was going to be easy. I returned to him on my own terms, despite knowing from the beginning that taking on a man like Quinn Blackwood would be the challenge of a lifetime. I live that overwhelming reality every day. Even before I saw his face, I knew his power over me was borderline absolute and that he intended to own every last cell in my body the way he owns half of the city we live in.

My mouth twists in a smile. I’m not with Quinn for his money, but if I were, I’d slavishly fulfill his every desire for the chance to live in this stunning Park Avenue apartment every day for the rest of my life.

A few days after we moved in three months ago, we woke up to an overcast city below us and nothing but blue sky above us. The sensation of floating above the clouds was incredible. We spent the day in bed, staring at the view from our California King when we weren’t fucking in the heavens.

I sigh. Turn around. And freeze.

He’s lounging against the wall in the hallway, wearing gray low-riding sweatpants and nothing else, with one knee propped behind him. My mouth goes dry as those penetrating eyes watch me in silence.

Quinn’s deathly stillness is one of the many unnerving things I noticed about him when we first met. Despite his towering six-foot-three height and his sleek but solid frame, he moves with a quiet, devastating elegance that literally stops my breath when he walks into a room. And that is even before the exquisite masculinity of his sharp cheekbones, square jaw, and sensual lips. The contrast between his startling silver blue eyes and dark hair never fails to trap and hold the attention of anyone he comes into contact with. I’ve literally seen grown women, and men, stop and stare when he walks on the street.

His eyes search mine, the unnervingly direct gaze examining every corner of me. Probing for flaws I can’t hide and concerns I’m struggling to contain. But then that’s nothing new.

“Tell me what you’re thinking about,” he commands from across the room in a low, sleep-rasped voice that makes my toes curl.

I want to start this day with a cleanish (snort) slate. But I know any attempt to evade him will be spotted a mile off. He sees too much. He always has. “Your money,” I reply, choosing the least volatile truth.

His eyes flare for a moment before he shakes his head. “No, you’re not. You go out of your fucking way to avoid anything to do with my money. Try again.”

I’m not touching that statement with a ten-foot pole, so I shrug inwardly and state another truth. “I love this apartment. I’m not moving.”

His unwavering eyes gleam the way they do when he’s debating the pros and cons of giving me what I want. His leg slowly straightens, and he moves toward me. He stops behind the wide sectional sofa he fucked me on last night. Strong, elegant fingers spread over the back of it as he angles his body toward me. “I see. Have I finally found something of mine that you love enough to claim for yourself, Elyse?”

When he holds out his hand to me, I don’t even think of refusing. He guides me around the sofa, pulls me into his arms, and spears his fingers into my hair. Our lips meet in a hungry, thorough greeting. Then he nibbles at the corner of my mouth, my cheek, my jaw to my ear. “I’ll think about not moving us if you agree to spend the day with me.”

I frown and plead with my melting brain to function. “It’s Monday, Quinn.”

One hand trails down my body to squeeze my ass in silent rebuke. “I know what day it is. I’m taking the day off.”

My jaw drops to the floor, and I jerk back to look into his eyes. “No way.”

“Shut your gorgeous mouth before I put my cock in it. I’m buying you breakfast; then we’re spending the rest of the day being slobs.” 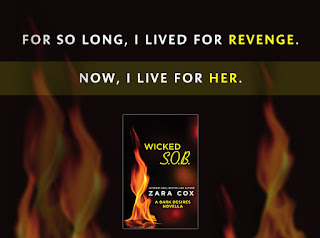