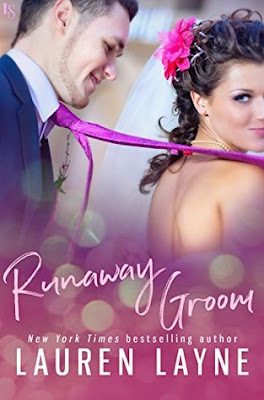 "What sort of tools have you been with if exhausting is the only word you can summon for a sex marathon?" - Gage Barrett

For one charming playboy, getting cast on a Bachelor-esque reality TV show is the shock of a lifetime—until he finds love where he least expects it. And now the chase is on!

Gage Barrett’s reputation as a ladies’ man has been greatly exaggerated, but none of that matters after a drunken bet lands him on Jilted, a reality TV show that matches runaway grooms with wannabe brides. Now he’s stuck at a Hawaiian resort with nineteen women competing to drag him back to the altar—and one contestant who’s even more miserable than he is. Gage has no idea how feisty, independent Ellie Wright wound up in the cast, but it’s obvious she hates his guts. And if there’s one thing Gage likes, it’s a challenge. . . .


Ellie can’t believe she let her best friend talk her into exchanging her dignity for a glorified bikini contest. Still, she could use the exposure—her business is struggling—and she’ll probably be one of the first to get eliminated anyway. But Gage isn’t the shallow jerk Ellie anticipated—and he’s in no rush to send her home. As stolen kisses turn into secret trysts, she finds herself losing track of what’s real and what’s for the camera. With the wedding finale looming, this runaway groom is tempting Ellie to start believing in storybook endings.

Confession... I'm not a fan of the Bachelor or Bachelorette television shows. I tried watching it years ago, but I just never got into it. Now if it was more like Lauren Layne's Runaway Groom, I would be glued to the television every week. I freaking loved this book. It had everything I love about Lauren's books. Amazing and lovable characters. Witty banter that inevitably turns into sizzling foreplay. Undeniable chemistry. And the funniest friggin' background characters. I devoured it.

Ellie and Gage both have ulterior motives when it comes to being on the reality show. For Ellie, she hopes the exposure will help her struggling clothing line. Gage... Well, he lost a bet. As they get to know each other, however, they start to reveal their vulnerabilities. That's when I really started to fall for them. Here are two strong characters that only want one thing and that's to be loved. Like I said, amazing characters.

As with all of the other Lauren Layne books I've devoured, I loved Runaway Groom. I was up until all hours of the night laughing out loud. It was perfection.

Lauren Layne is the New York Times bestselling author of romantic comedies. She lives in
New York City with her husband. A former e-commerce and web marketing manager from Seattle, Lauren relocated to Manhattan in 2011 to pursue a full-time writing career. Her first book was published in summer of 2013. Since then, she’s written over two dozen books. When not writing, Lauren can be found at happy hour with her high school sweetheart, or shopping for a great pair of stilettos.

Posted by CrystalBee at 7:42 PM